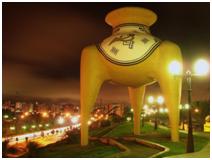 Barquisimeto is one of the most populous cities in Venezuela and is the capital of Lara, one of the 23 Venezuelan states. It was founded in 1552 and since then has been reorganized several times.

It was last reorganized in 1563 after which the city saw a new period of growth and development. Today, Barquisimeto is an important communication, agricultural and industrial centre of the country. To learn more about the location of the city, click here.

The weather in Barquisimeto is pleasant and is dominated by a cool breeze most of the time. The city also sees rainfall quite often and an average 650 mm of rain is recorded each year. Moreover, the temperature in the city does not exceed 28°C.

The most common mode of transportation used in the city is ‘rapiditos’. Rapiditos are actually old vehicles with a capacity of not more than 5 commuters at a time. They follow more or less the same routes as buses do and run between suburbs and downtowns.

Buses are also a major mean of transportation. Since there are many bus services operating in the city, finding one would not be difficult for tourists who visit Barquisimeto for sight seeing purpose. Large buses, buseta and minivans or vans are some of the kinds of buses found prevalently on the roads of the city.

Like many other cities in Venezuela, a large number of colonial style buildings are found in abundance in Barquisimeto. One of the best architecture is of the Cathedral which was designed by John Bergcamp, a renowned architect of that time.

Many historical, paleontological and archaeological museums in the city also worth a visit while in Barquisimeto. In addition, Barquisimeto Museum, inaugurated in 1983, has a large collection of local artists’ works. 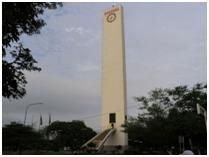 This iconic statue was constructed in 1952 to celebrate the city’s 400th anniversary. Constructed by Rafael Jose Raga, this masterpiece is 75 meters tall. Its structure is made of concrete and steel and a lift would take you to the top floor which is now used as a store.

This theater is located in downtown of Barquismeto and was constructed in 1905. It was abolished and rebuilt again to celebrate the city’s 400th anniversary. Being the first theater in the state, this theater has hosted a number of songs, ballet, dances and other performances. This building is a major tourist attraction due to its great construction.

Barquisimeto is also known as the Musical Capital of the country for its people are really good at music. Being the birthplace of legendary musicians such as Gustavo Dudamel, this city is a favorite destination of music lovers.

Where to Stay in Barquisimeto

There are several luxurious Posadas you could stay in while in the city. We would recommend you to have a booking in one of the following hotels:

The details of services offered and per night rates of these hotels are discussed in Hotel/Posadas in Barquisimeto on this website.