Los Teques – at a Glance

Los Teques is the capital of Miranda, one of the 23 states of Venezuela. It was founded in 1777 and was originally inhabited by local Indians who played a vital role in resisting Spanish conquests. Given the tribe’s contribution to the city, Los Teques was named after them. Given Los Teques’s physical proximity to the capital of Venezuela, Caracas, it slowly started developing as a residential and tourists’ area. Later in the 1970s, the city witnessed industrial growth because of its strategic geographical location. Raw material was important from different locations through Puerto Cabello via Puerto Cabello and this helped in the city’s industrial development. 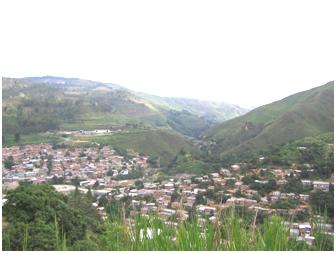 Earlier the city Petare was the capital of Miranda. But in 1927, Los Teques was made the capital. The city’s industrial development attracted immigrants. Today it is home to more than 280,000 people and is the 12th most populated city in Venezuela.

The climate of Los Teques is similar to that of Caracas. The temperature ranges between 28˚C (82˚F) and 18˚C (64˚F) during summer and drops down by only a few degrees during winter. Significant rainfall is witnessed May through November.

If you are planning to visit Los Teques, you must bear in mind the different modes of transportation you will have at your disposal when visiting the city.

By Air – Los Teques does not have an airport of its own given its proximity to Caracas and its airport, Simon Bolivar Airport. Most tourists who visit Los Teques are those who primarily are visiting Caracas. Some of the airlines that serve Bolivar Airport include Lufthansa, Copa Airlines, Delta, Air Canada, Avianca, American Airlines, Alitalia, Air France, Continental, Caribbean Airlines and Iberia. Some of the cities that tourists get direct flights from include Lisbon, Frankfurt, Roma, Paris, Buenos Aires, Damascus, Madrid, Houston, Dallas, New York, Toronto and Miami.

By Road – Since Los Teques is at a distance of 28 miles from Bolivar Airport and at a distance of around 35 kilometers from Caracas’s metropolitan area, it can be easily travelled to by road.

Tourists are required to take special precautions while travelling in the cities of Venezuela because of the crimes that they can be subjected to. Given this need of extra protection, the two recommended modes of transportation for tourists in Teques are:

Metro: Metro is the fastest, safest, most pervasive and cheapest mode of transportation in the city.

Taxi: Taxis that are registered with taxi service companies are the safest. All you need to get them at your doorstep is a phone call.

The city does not have any noteworthy cultural or political avenues that attract tourists. However, food is definitely something that people look forward to when visiting this city. Venezuela is home to a wide variety of cuisines.

The three best places to dine when in Los Teques include Nobunaga, Garni Café Antique and Los Nuevos Teques. The hospitality witnessed in restaurants in Los Teques adds to the culinary experience.