Valencia- The Most Sought-After Venezuelan Destination

“A good traveler has no fixed plans and is not intent on arriving.”
~ Lao Tzu

Travelling is one of the biggest pleasures known to mankind. Since the Stone Age, man loved to travel places to enjoy the whimsical strokes of Mother Nature’s artistry scattered about him. Travelling is not just about exploring. There is more to it than meets the eye. Travelling helps to re-establish the harmony that once existed between Mother Nature and mankind.

When it comes to travel, nothing even comes close to what Venezuela has to offer. Being one of the most talked-about travel destinations, Venezuela prides itself on attracting an endless stream of visitors throughout the year that just cannot seem to get enough of the otherworldly beauty. Reeking of a sepulchral charm, Venezuela offers tourists something they will come across nowhere else in the world.

While Venezuela emerges as a true traveler’s paradise, one of its several cities that steal the show is Valencia. Founded on 25th March, 1555, Valencia is the capital city of the state Carabobo. The fact that it is the fourth largest city in Venezuela has contributed a lot to the popularity the city has gained over the years. If you are contemplating a holiday, the following is a brief account of all a traveler needs to know about the awe-inspiring city.

Valencia is located 150 kilometers in the west of Caracas. Unlike many Venezuelan cities, Valencia has the famous VLN- Valencia International Airport facilitating travelers from across the globe to reach their desired destination with minimal hassle.  Also, one can choose to use the CCS-Maiquetia International Airport. It is the biggest airport in Venezuela and can get you to Valencia after a 2-hours drive if you choose to land here. Valencia has an edge over other cities because it is connected to other cities through a well-kept succession of highways.

How to Move Around 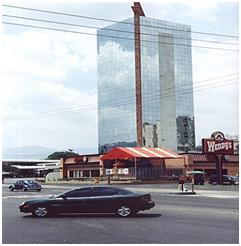 Like any other city in Venezuela, travelers can use the buses, taxis or underground metro that are widely available. However, it is strongly recommended that one gets as much knowledge about bus routes as possible before using them as they are quite confusing. Another mode of transportation preferred by tourists is car that can be rented at reasonable prices.

As far as the most famous attractions and sights are concerned, the list is virtually endless as one can never get enough of things to do and places to see in the area. Still, some attractions you just cannot afford to miss are listed below.

What to Eat and Drink

It is no difficulty to come across exceptional eateries in Valencia offering the most sinfully irresistible meals at affordable prices. Whether it is anything sophisticated you want or anything casual you will settle for, Valencia has enough restaurants to suit every taste and pocket. For beverages, a trip to Valencia is incomplete without Polarcita and Solera, the most celebrated beers in the country. Also, one cannot afford to miss the famous Frescolita, a soda one can find in this country only.

Valencia is indeed a diverse landscape boasting of a beauty that encourages travelers into coming to it again and again. Plan today and pack your bags as unlimited fun is just around the corner.