Puerto Cabello – At a Glance

Puerto Cabello is situated in Carabobo, one of the 23 Venezuelan states. It is home to over 154,000 people and also has the country’s largest port. If you are planning to visit Venezuela for vacations, do not forget to visit this amazing city.

We hope the following details regarding Puerto Cabello might help you decide the best time to visit the city and to make a list of places you just cannot miss on your trip.

Over the years, Puerto Cabello has emerged as a potential sight seeing spot. This promoted tourism and served as a magnet to attract herds of tourists to the city. The city also has a rich heritage and a wide list of historical buildings to see. The buildings are a true depiction of the designs from the Colonial era and are still picturesque in their appearance. This adds to the beauty of the city.

Also the sight of the beautiful Caribbean Sea is worth a watch while in the city. Another tourist attraction there is the huge Fortin de San Felipe, which housed a large number of people in the Colonial era when pirates would invade in the city.

The construction of Solano Castle was ordered by Don Jose Solano, a governor of Venezuela in 1766. This was a sort of military castle whose purpose was to save the city from attacks of the enemies. The castle was heavily used for military activities during the period of the Venezuelan War of Independence.

The castle also holds a lot of attraction for tourists as it was visited by several important people of that time. Agonstino Codazzi, Karl Ferdnand Appun, Louis Philippe and Wilhelm Sievers are just few of many famous personalities who visited there. 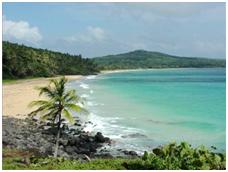 Just few kilometers from Puerto Cabello is a gateway to a wonderful land, Long Island. The island is home to a number of beautiful birds species that are further joined by migratory birds. It also has some beautiful beaches and natural pools to delight visitors who visit this place. Long Island is always crowded with tourists and is a must visit while in Venezuela.

The castle of the Liberator or the Fort of San Felipe was built in the colonial era to protect the local residents from the attacks of the enemies. Now this historical fort is a major attraction in the city and tourists are allured towards it due to its great construction. 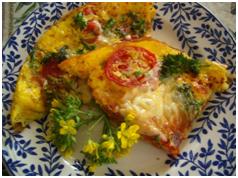 A number of restaurants are there in the city that serves delectable dishes. On your visit to Puerto Cabello, make sure you visit one of the following restaurants to satiate your appetite for the best foods.