Cabimas is one of the most beautiful cities in northwestern Venezuela. It is home to over 256,993 people and shares its boundaries with Lake Maracaibo (west), Miranda and Santa Rita (north), Lara Estado Lara (east) and Lagunillas and Simon Bolivar (south). The word ‘Cabimas’ is derived from an aboriginal word, Carib which is the name of a tree that produces a special kind of oil.

The city was known as a fishing village until oilfields were found in 1917. This news garnered a lot of media attention and groups of people started to move to Cabimas for better opportunities.

If you too are planning to visit Cabimas for a tranquil vacation, read our recommendations to make the most out of your visit.

The early settlers to Cabimas used to live in field camps. They did not pay any attention towards the planning of the city. This is why the city has a poor infrastructure with no public transport.

The majority of locals travel by old vans and cars. Most of these vehicles are dated and are models of the 70’s.The best thing about being in Cabimas is cheap cost of transport. As the nearby refineries supply petroleum to the city at lower prices, the petroleum prices here are comparatively low.

The following are few of many lines that move to and from the main terminal:

For your convenience, each taxi also has a unique cap that identifies its routes. So make sure you know the color of the taxi that would take you to a designated destination.

There are several places in Cabimas that tourists just could not afford to miss. The city is packed with enticing parks, museums and squares. One of the most popular parks is Bolivar Park which is currently undergoing a reconstruction.

Some other attractions of Cabimas include:

A good time to visit Cabimas is October when the city celebrates the most stylish event, El Rosario Fair. The fair is a kind of a beauty pageant contest where the winner is declared the Queen of the event. Live concerts and many stomach-churning rides such as pirate ships and rollercoaster are the main attractions of this festival. 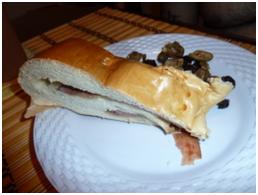 Restaurants in Cabimas offer some of the most delicious food in the world. They combine regional dishes with the continentals. The blended product is not only pleasing to the eyes, it also is flavorful.

Also, there are some restaurants that create a romantic atmosphere around with candlelight and slow background music, which makes eating an even more enjoyable experience.