Maracay – at a Glance

Maracay is one of the most prominent cities of Venezuela. It is the capital of the Venezuelan state of Aragua and is home to more than 1.7 million people. Maracay borders the Caribbean Sea. Hence, the culture of Maracay is influenced by the sea.

Maracay does not have an airport of its own. Hence, tourists travelling from other cities to Maracay travel by air to Simon Bolivar Airport located in Maiquetia. They also use International Airport Arturo Michelena. To reach Maracay from these two airports, taxis can be hired. They are the safest option. But choose only the ones that are registered with private taxi services. The distance between Caracas and Maracay is a little over 100 kilometers.

Tourists usually have two options to choose when considering lodging in any of the cities of Venezuela – hotels or Posadas.

Posadas are relatively cheaper options because various reasons such as less glamorous architecture, lesser number of facilities and low level of standardization. On the other hand, hotels are more synced with the expectations that modern tourists have. Some of the hotels that tourists prefer to stay at when visiting Maracay include: 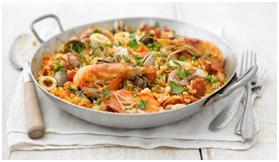 Maracay has a wide range of cuisine to appeal to your taste buds. Its restaurants are crowded by tourists during certain months. If you, as a tourist, like trying cuisines belonging to different cultures around the globe, you must visit at least five of the restaurants listed below.

The city has many attractions for tourists who are in search of something different. Some of the attractions include:

Museo Aeronautico – This museum has been dedicated to everything related to air travel and is one of the best aeronautical museums in South America. Its collection of vintage helicopters in particular is spectacular.

Other museums in Maracay include

Plaza Girardot – This monument was erected in the honor of American volunteers killed defending the independence of Venezuela from Spain in 1806.

Other places worth seeing include the mountains on the northern side of the city. These mountains separate it from the Caribbean Sea. Also, at the border of the city is the famous Henri Pittier National Park.