Rich history is not the only reason for you to visit Ciudad Bolivar, the capital of the Venezuelan state Bolivar. The old historical buildings made in the colonial era, the museum named after a great painter and sculptor, Jesus Rafael Soto, that features a wide collection of internationally recognized Venezuelan artists, and being the birthplace of some of the most remarkable musicians, such as Ivan Perez Rossi and Cheo Hurtado, are just few of the many honors this city is blessed with. 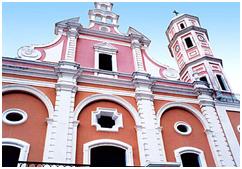 If you are planning to get to this place, you have taken a very good decision. But before you reach there, there are some things you should take into consideration. First of all, list down the names of the places that have compelled you to visit it. Secondly, and most importantly, gather information about how to get there and what modes of transportation are available in the city. So that you do not have to worry about finding a vehicle in an unknown city that could spoil your journey.

We know it is a nerve-wracking job and could reduce your excitement levels when you sit in front of a computer to find the bus routes operating there. Also, it might require you to flip through local magazines. It might also take a lot of time. The good news is that we already have done extensive research in this regard and hope that the following abstract of transportation in Ciudad Bolivar would help you greatly.

There are three primary ways to travel to Ciudad Bolivar. The options include cars, buses and direct flights.

If you are in Maiquetia, you can take a direct flight that lands at Jose Tomas de Heres airport, Ciudad Bolivar. Rutaca Airlines fly regularly from there so finding the flight of your choice would not be difficult. Also, a handful of airlines fly from Canaima and Santa Elena to Ciudad Bolivar.

Ciudad Bolivar is well-served by several routes and highways that give an easy access to the city. Route 16 northeast and highways from Ciudad Guayana and Puerto Ordaz are some of the routes you can take to get there.

Transportation within the City

Now once you are in the city the best way to roam around is to take a taxi. Taxis throughout Venezuela are cheap that allows you to take as many sight seeing tours as you want. However, make sure if you want to go out to enjoy the city’s nightlife, you already have booked a cab as finding them at night is difficult.

Other than taxis, buses are also a common mode of transportation within Ciudad Bolivar. Large and medium sized buses along with minivans are prevalently found on the roads of this city.