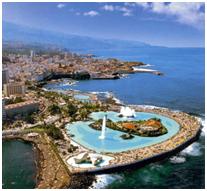 Situated on the southern coast of the Caribbean Sea, Puerto La Cruz is one of the most worth-watching cities in Venezuela. It is present in Anzoátegui State and is a magnet to those who are impressed by the divine natural beauty. Though many of its parks are being neglected badly, a number of tourists are still allured towards their natural beauty.

Another exceptionally magnificent attraction of this place is its Mochima National Park. The park is spread over an area of 94,935 hectares and its western region is surrounded by some really amazing beaches. Other places such as Playa Conoma, Isla de Plata, Playa Arapito and Isla Arapo are also known for their immaculate beauty.

Puerto La Cruz is a nice and affordable place to visit while in Venezuela. For tourists’ convenience, a number of ferry lines operate in the city that offers reasonably priced trips to the nearby islands. Best of all, it is on its way to become a commercial hub of the region as well-known international banks have shifted their headquarters there. Packed with colorful shopping centers and other commercial activities, life in Puerto La Cruz is never boring.

If you are planning to visit this city, you might find the following details regarding transportation helpful as it would save a lot of your time.

The two most common ways of getting to Puerto La Cruz are by air and by bus.

A multitude of domestic airlines fly frequently from Caracas to Puerto La Cruz. It hardly takes half an hour for a flight to reach Puerto La Cruz though. Many airlines charge high rates for this minor distance in peak seasons. So make sure you book a flight in an off season that could cost you nearly $55 per person for one way, instead of $150 per person for the same route in a peak season.

When you are flying to Puerto La Cruz, you will land at the Barcelona airport that is the nearest to the city. From there you can take any ‘registered’ cab to reach the main city, which will take nearly 30 more minutes. Always bear in mind not to trust cab drivers there as most of them have wrong intentions and might harm you.

Another option to get to Puerto La Cruz is by bus. While this is not as save as a flight, this journey might enthrall those who are avid for an adventure. Buses on the terminal leave from Caracas every hour and take nearly 6 hours to reach its ultimate destination, Puerto La Cruz.

Be very careful when you take a bus because it will drop you at a bus terminal located in the downtown of the city. Since it is not a safe place for tourists, try to leave this place as soon as possible.

Traveling Within the City

Now once you are in the city use local authorized taxis to roam around. Their rates vary from $5 to $10 and are subject to bargain. Though these fares are high compared to those charged by buses operating in the city, they are faster and safer than the latter one to explore this beautiful city.