Attractions in Ciudad Bolivar – For an Unforgettable Venezuelan Experience

“I am a passionate traveler, and from the time I was a child, travel formed me as much as my formal education.” ~David Rockefeller

Bolivar is the largest Venezuelan state with its capital state being the exceptional Ciudad Bolivar. Since the capital city is situated on the southern bank of the awe-inspiring River Orinoco, it is situated at a higher elevation contrary to the plains.

Ciudad Bolivar is an exemplary city that is home to a plethora of attractions. The city is draped in rich history and culture making it a perfect holiday destinations for vacationers, historians and explorers alike. With a myriad of attractions dotting the area, the city stands singular when it comes to historical structures and establishments that are nothing short of architectural masterpieces.

A trip to Ciudad Bolivar is like traveling back in time as tourists get a chance to get acquainted with the city’s proud history. With all that it has to offer, one can never run out of things to do and places to see in the area. Every single sight in the city offers travelers something they won’t come across anywhere in the world. Still, a handful of attractions that one will regret missing on a trip to the area are briefly illustrated below. 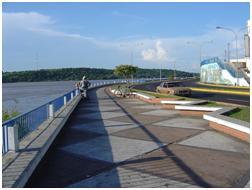 After a day well-spent sight-seeing, a stroll in a place as wonderful as Paseo Orinoco is all you need to remedy your fatigue. As you casually walk along, you will observe a succession of buildings hemming one side of the street. With these buildings at one side, you will feel like you are a part of the chronic humdrum of daily life in Venezuela. 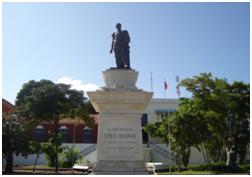 Like every single city, Ciudad Bolivar also has a Plaza Bolivar, which is the city’s colonial precinct. With miraculously restored buildings dotting the area, a trip to the plaza leaves one overwhelmed with its beauty. A cathedral is featured in the plaza in addition to the five figures that the national hero Simon Bolivar freed from the Spanish. These five countries include Bolivar, Peru, Ecuador, Columbia and Venezuela. 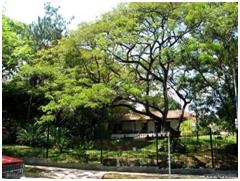 The San Isrido Museum is a magnificent sight in itself. Belonging to a very close friend of Simon Bolivar who was also a member of the Congress of Angostura, the museum is actually a mesmerizing colonial building. Taking one to the 18th century, San Isrido Museum is not only one of the premier attractions in Ciudad Bolivar but is also a celebrated historical monument.

A trip to the area is incomplete without visiting the Parochial House. This is actually the house of the Diocese and primarily serves the function of preserving religious artifacts. Another popular site is the House of Congress Angostura. Home to several historical files of Guyana, these two are the most talked-about attractions in Ciudad Bolivar.

With such breathtaking attractions peppering the area, a trip to Ciudad Bolivar always proves to be the realization of one’s dreams for those seeking an unforgettable holiday.