Ciudad Bolívar is the capital of Bolivar State, Venezuela and is home to over 338,000 people. The city was originally founded with the name of ‘Angostura’ and was renamed in 1846.

Ciudad Bolívar is one of very few Venezuelan states who have preserved its history and culture in museums, squares and streets very well. No matter where you go you will find traces of culture in every corner of this city.

For years, it served as the ground for many battles and boasts being the first region of the country to be freed from the Spanish possession.

Since the residents of the city have not let their culture die, there are a number of historic places to visit for tourists. The city’s temperature ranges from 26 to 30 degrees centigrade which promotes tourism. Also, the city witnesses heavy rainfall which increases the flow of water in the nearby Orinoco River, one of the most striking cites in the city.

If you too are contemplating a visit to this place, take a look at our recommended list. This might help you decide your priority destinations while there. 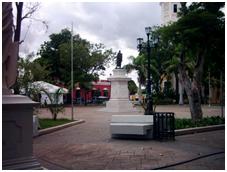 This is one of the most worth-watching places in Ciudad Bolívar. Not only does it have the building of the Congress of Angostura, it also is the home to the current governor of the state. Just adjacent to this building is the office of the Mayor, while a beautiful bridge connects the two buildings.

The plaza is located in the heart of the old city and is surrounded by appealing landscapes and wonderful statues. The statues are arranged in a sequence where the middle one represents Bolivar, an indigenous hero who liberated different Venezuelan states. Bolivar is accompanied by several other statues that symbolize the states he vanquished.

This beautiful place with enticing buildings, cathedral and museums around is just the right place to visit where whenever you lift up your eyes and look, you only see great views. 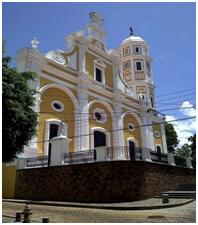 This historic church is a true personification of colonial style architecture. It is located in the northeast of the city and is surrounded by other superb historical landmarks such as Piar House and the Old Prison.

Ciudad Bolivar Cathedral was inaugurated by Garces and Monsignor Mariano de Talavera in 1840 and is devoted to a local saint, Nuestro senora De Las Nievas. Herds of tourists visit this Church each year who come here not only for religious activities, but also to appreciate the splendid architecture specimen. 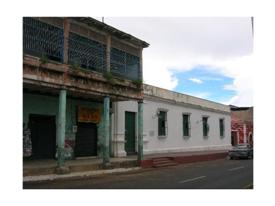 From the historical point of view, this museum holds a lot of importance for Venezuelans as their iconic political and military leader Simón Bolívar stayed there. Before it became a national monument, it was a privately held property by Jose Luis Cornieles, who was one of the very first members of the Congress of Angostura. The house truly depicts the colonial building style and is one of the chief attracts in the city that allure tourists.