Caracas – At a Glance

The cities of Venezuela are frequently visited by tourists because of the wide range of attractions they have. One of the cities that are very popular among tourists is Caracas. It is the capital of the country and the largest of all cities. The following is a brief travel guide for those who plan to visit this beautiful city. 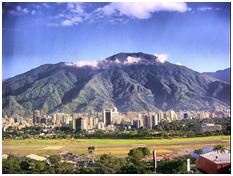 Although Venezuela is home to a diverse range of cultures, if there is any city that could encompass all the colors, it would be Caracas. Everything within it is a representation of Venezuelan culture. Some of the things that you must know while visiting Venezuela are listed below.

The climate of Caracas can be best described as tropical. The minimum and maximum temperatures of Caracas during summer are 18˚C (64˚F) and 28˚C (82˚F) respectively. The temperature during winter does is hardly a few degrees lower. The months between May and November witness significant rainfall. 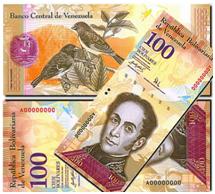 The currency of Caracas is Bolivares Fuertes represented by the acronym BsF. Currently (as of March, 2012) one Venezuelan Bolivares Fuertes is equal to 0.23 U.S. dollars and 1 U.S. dollar = 4.294 Bolivares Fuertes. It is suggested that tourists convert their cash into Venezuelan currency through official/registered money exchangers. There are ‘other alternatives’ to converting your money into BsF which give you slightly higher rates but such transactions are deemed illegal by the Venezuelan government and can get you into trouble. 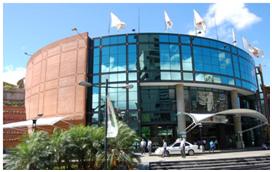 There are numerous attractions for tourists in Caracas. Some of them are natural while others are manmade. Some of these attractions include La Casa Natal de Simon Bolivar, La Plaza Bolivar, Universidad Central de Venezuela, Museo de Arte Colonial Jardin Botanico, Centro de Arte La Estancia and Parque del Este.

There are a number of avenues for shopping in Caracas. Some of them are: 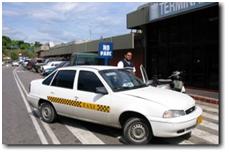 Those travelling to and from Caracas use Simon Bolivar Airport located in Maiqeutia, a city 25 kilometers away from Caracas. Locations from where you can get nonstop flights to Caracas from include Miami, Toronto, New York, Dallas, Houston, Madrid, Damascus, Buenos Aires, Paris, Roma, Frakfurt and Lisbon. Airlines that travel to Caracas include American Airlines, Alitalia, Avianca, Air France, Air Canada, Continental, Delta, Caribbean Airlines, Copa Airlines, Iberia ad Lufthansa.

Within Caracas, you can travel using one of the following modes of transportation.

Metro – The city has a number of metro stations that are strategically located. The fare for one trip costs BsF 0.5.

Taxi – There are different types of taxies in the city. The safest ones are those which are registered with taxi service companies.

Buses – Buses charge more than metro does while offering lesser comfort and safety. However, some tourists go for them because they are available all around the city.

Remember that Caracas is one of the most dangerous cities in the world. It is imperative that you take due precaution. Stay out of areas that are considered dangerous. While visiting relatively unsafe areas, move in large groups. Also, there are some areas that are considered absolutely ‘No Go’ for tourists. Hence, seek the advice of your local travel guide before going somewhere.

The gasoline in Caracas is quite cheap. Hence, if you are accompanied by a large group of friends/ family, renting a car to move around the city and other adjacent areas is recommended.