Merida in Venezuela – Embark On an Enchanting Journey

Merida, flanked on both sides by the Andes Mountain range, is a breathtaking city in Venezuela. The city was founded twice, first in 1558 but since it was illegal it was founded again at a different location in 1560. The city has an otherworldly allure and with its year-round spring-like climate, Merida emerges as an epitome of beauty that leaves one mesmerized.

Merida houses some of the most spectacular mountains. Entirely covered in snow, these peaks of Pico Humboldt, Pico Espejo and Pico Bolivar are part of the National Park Sierra Nevada. The city prides on its abundance of national parks as the total number in the area is 12. The city is a hot favorite among tourists and for good reason. The city’s poetic beauty beckons climbers, wildlife lovers, sightseers and climbers to visit this area again and again.

The following is a city guide to help one explore the area with minimal hassle. 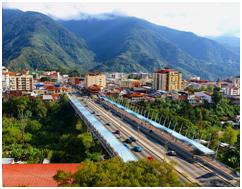 Despite the fact that the city features an airport, there are no commercial flights to or from Merida and it is solely used for private flights. The closest airport is El Vigia Juan Pablo Perez Alfonzo airport. It is only a short distance from the city and one can easily ride a taxi to it.

If your preferred means of transport is a car, the highest asphalt road, known as Pico Aquila, starting from Valera will take you there. On the way, scenic sights and views of the valleys and mountains take one’s experience to new heights.

The terminal is a bit away from the city’s center. While a taxi to the Merida’s center will cost Bs 15.00, the bus will take you anywhere at a nominal rate of Bs. 3.00. 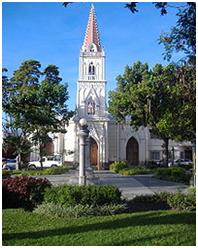 The city is a hodgepodge of attractions. Since the city offers diversity of landscape, it is one of those very few places that never fail to strike a chord with anyone. With its several sites that can be cited as a must-see, ones that a traveler just cannot afford to miss are briefly listed below.

The city also features eateries with taste that tickles one’s tongue. Whether it is Venezuelan cuisine you want or any other foreign cuisine you desire, Merida with its sinfully irresistible meals is a foodie’s paradise. A handful of restaurants offering meals that ravish one’s appetite are listed below. 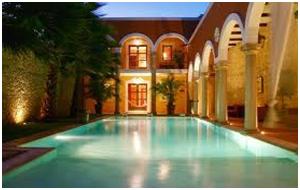 Unlike many Venezuelan cities, Merida has an assortment of lodging alternatives to meet every taste and pocket. Given below is a list of hotels you can consider for a stay.

In short, if you are seeking an experience of a lifetime, Merida is going to excel all your expectations.