Attractions in Merida – Sights to Behold

“The real voyage of discovery consists not in seeking new landscapes but in having new eyes.”~Marcel Proust

Merida is an exceptional city in the heart of the little Venice, Venezuela. The city is nestled flawlessly in a long valley surrounded by the phenomenal Andes Mountains. At an altitude of 1625 meters, the landscape mimics a scene straight out of some Hollywood movie. The city is home to several remarkable rivers flowing in harmony that transverse each other through the three viaducts featured in the area.

Merida is a treasure trove of tourist attractions that results in the scores of tourists that just cannot seem to get enough of the Venezuelan allure.  Since Merida features everything from scenic sights to historic spots, museums to markets, shops to parks, one can never run out of things to do and places to see in the area. To top it all, some of the activities tourists can indulge in include rafting, kayaking, gliding, hiking and biking.

In order to ensure a trip to Merida that one can talk about for years to come, there is a plethora of attractions that rank quite highly on every holiday-maker’s list of favorites. A trip to Merida without visiting these marvels dotting the city is incomplete. Want to know about the most sought-after sites in the area? Read on. 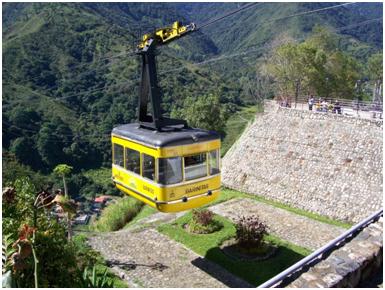 The biggest crowd-pleaser in merino is none other than Teleferico de Merida. With an altitude of 4765 meters, the site offers vivacious vistas of the Andes Mountains. Only after a 90 minute hiking trip is one able to reach the famous Los Nevados town. The cable cars that one finds here are state-of-the-art. With a total capacity of 46 individuals, it has room for seating 6. For those contemplating to ride the cable cars, it is strongly recommended to purchase tickets a day before. 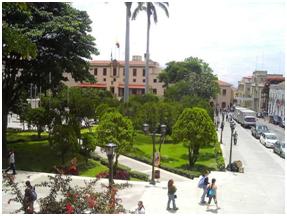 Every city in Venezuela has a plaza named Bolivar. This is because the areas are named after the Venezuelan hero throughout the country. The one featured in Merida is a kaleidoscope of buildings. In addition, it has gardens, footpaths, stone seats and large trees as far as eyes can see. A distinguished statue of the celebrated leader riding a horse stands proudly in the center of the plaza. There are several colonial constructions in the plaza. One of them is Biblioteca Bolivariana. It is a museum housing some of the most prestigious Bolivar records.

Merida also has a plaza named Beethoven. The plaza features the famous clock that plays a different tune each hour composed by the musical maestro, Beethoven. The area is peppered with trees and gardens and finding the route to the clock can be a bit difficult. This small yet striking Beethoven clock is a popular attraction among tourists. The clock is actually made up in a way so that it chimes once every 15 minutes, forming a different melody every single time.

With these attractions, there is no other place like Merida. What is all the wait for? Embark on a journey as limitless adventure and joy awaits you.