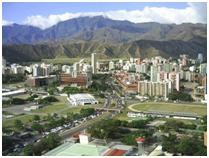 Located on the coast of the Caribbean Sea, Maracay is home to nearly 750,000 people. It is also the capital of its state Aragua and is a major commercial and industrial centre of the country.

Henri Pittier National Park is the main tourist attraction in the northern region of Maracay. This park has a wide variety of plants and ferns in abundance.

Maracay also boasts of being the Venezuelan army’s cradle and has two air military bases. In addition to the some of the great travel attractions, the city also offers an amazing culinary experience. To find out the best restaurants in Maracay, refer to the restaurant section of this website.

This article is composed to tell you how to get to the city and which modes of transportation are available for movement within the city.

There are several ways to get to Maracay but air travel and road trips are most preferred by many tourists.

Flying to Maracay is the safest and fastest option. Since the city does not have a commercial airport, those who go to this city land at the nearby Simón Bolívar Airport, Maiquetía or at International Airport Arturo Michelena, Valencia.

Now once you land at the airport take a licensed taxi and get to the city to explore its dazzling beauty. Before you take a taxi, make sure it is licensed because many cases have been registered where tourists were robbed by drivers of unauthorized taxis. Watch out for the sign of registration before getting on board.

Many travelers also take buses from main terminals in Valencia and Caracas to Maracay. Though it is the cheapest option to reach there, unorganized traffic on the roads could make you feel tired even before you start your sight seeing tour.

You can also drive to Maracay from Caracas. The journey takes not more than 80 minutes, if traffic flows more freely. However, in peak hours, jam packed traffic could increase this estimated time.

As you move on towards the Charallave-Santa Teresa exit, the flow of traffic tends to be normal.

A good tip to avoid being stuck in this traffic is not to travel to Maracay on Friday afternoons. The reason is that it is the time when many people who reside in Caracas head to other cities to spend their weekend. This increases rush on ARC highway and it might take you longer than the stated hours to get to Maracay.

Bear in mind that there are three exists on the ARC highway; La Encrucijada, Palo Negro and Tapa Tapa. These exists come in the same sequence in which they are stated when entering the city from Caracas.

Maracay is surrounded by some of the most beautiful beaches such as Cuyagua, Choroni and Cata. One can get to these beaches by a car but taking a bus or a taxi would be the right choice as the roads there are narrow and windy weather could also increase the chances of a mishap.

So it is safe to take public transport available in the city to adore the beauty of these amazing beaches.