Venezuela consists of 23 states. One of the states, Anzoategui, is home to the port city of Puerto la Cruz. The city is the seat of Juan Antonio Sotillo Municipality. Puerto la Cruz is visited by significant numbers of tourists each year. Although it does not have any special features of its own, the fact that it is located near other tourist-attracting cities such as Barcelona, Guanta and Lecheria makes it a tourist attraction too. Some of the places in Puerto La Cruz that tourists like to visit include Club Terminal Guaraguao, the Laguna Natural Maguey, La Toma, San Diego Sector, Andres Eloy Blanco Park and Paseo Colon.

The economy of Puerto la Cruz is based on oil refineries. Since it is a port city, the export of oil becomes much easier to countries such as Antilles and Cuba. The city was founded in the eighteenth century and since then has been flourishing in terms of economy and culture.

When visiting Puerto La Cruz, there are not many options when it comes to fine dining. If you are planning to visit the city, the two restaurants mentioned below are the ones that you must go to. 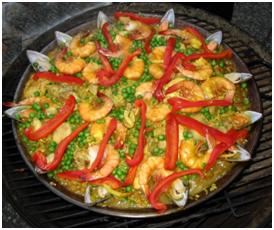 L’Ancora is unanimously considered the best restaurant in Puerto La Cruz by the locals of the city. It serves a very wide range of dishes, most of which are Venezuelan. There is a touch of Italian too in some of the dishes. The Venezuelan pastries are especially worth trying. Also, the best hamburgers of the city are served at L’Ancora. If you happen to visit Puerto La Cruz in Christmas season, do visit L’Ancora. The celebration there will surely make you feel at home. The prices listed on the menu are going to pleasantly surprise you.

One of the factors that make L’Ancora a suitable choice for tourists is its location. The exact address is Avenida Americo Vespucio, Edificio Golf Plaza, Local 13. Lecheria, Puerto La Cruz. To seek directions you can visit Google Maps. If you are unable to find the location there, you can call 58 (0281) 2810090 to seek directions. 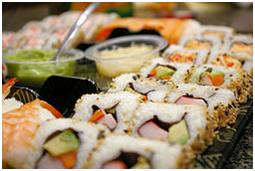 As mentioned earlier, there is a dearth of good fine dining options in the city. Hence, the next restaurant that we recommend you to visit is Asian and not Venezuelan or even South American. But that is, in a way, a good thing, for after you are done trying Venezuelan, Mexican and Italian cuisine at L’Ancora, you can take a little break and try Asian cuisine.

Yes, Tatami Sushi Bar is one of the best restaurants in Venezuela that serve Asian food. There are some very exotic dishes that the restaurant serves such as eel souse. Other traditional Asian cuisine and especially Japanese cuisine is also available such as dumplings and sushi. The prices at Tatami Sushi Bar, just like those at L’Ancora, are very reasonable.