San Cristóbal – At a Glance

Located in a serene mountainous region, San Cristobal is the capital of Táchira, a Venezuelan State. The city is located in a high altitude region, 825 meters above sea level and has a pleasant climate overall. It was established in 1561 and is one of the oldest cities in the country.

Importance of the City

San Cristobal is an important city because of two major reasons. Firstly, it shares its borders with Colombia, in particular with Cucuta. Secondly, it is also the commercial centre of the state. Both these factors promote formal and informal trade in the city. As a result, the number of shopping centers has mushroomed in the past few years. 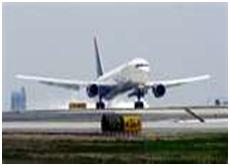 The city is served by three main airports, they are:

It is a small airport located in the proximity of Santo Domingo del Táchira. It is served by several airlines including Rutaca.

This airport is located in San Antonio del Táchira, near the Colombian border. It is a major airport in the state since many Colombians use it to move in and out of Venezuela. The distance of San Cristobal from this airport is nearly an hour by drive.

When going to San Cristobal via a flight, we would recommend not to choose this airport for it is the furthest amongst all airports in nearby areas and only two flights from Caracas serve this route.

It takes nearly 10 hours by car to reach San Cristobal from Caracas, less than 4 hours from Merida, and 6 hours from Maracaibo. Bear in mind that since the city is located in a mountainous region, the roads are really curvy.

Many bus companies go to and from San Cristobal to other parts of the country. Expresos San Cristobal, Expresos Flamingo, Expresos Occidente and Expresos Merida are some popular bus services that serve this route. Though the central bus terminal is located in the southern part of the city, many private bus companies have created their own terminals across the city.

What is the Best Time to Travel There

If you are planning a visit to San Cristobal, make sure you reach there at the end of January. It is the time when the country’s most talked about event ‘San Sebastian International Fair’ takes place. This event is attended by a number of tourists where they watch bullfighting, bicycle race, agricultural fairs and many other interesting activities. Best of all, the venue is packed with several eateries and restaurants where delectable food is offered to tourists.

Buildings from the colonial era, Plaza de los Mangos (a famous hangout for youth) and almost every park and square in this city is beautiful and is worth a visit.

Where to stay in San Cristobal

When going to San Cristobal you can stay in:

It is located at the foot of the mountain and is a tranquil place to relax. For booking and more information, click here.

Located in the most beautiful location in the city, this hotel is an emblem of luxury, comfort and lavish decoration. For booking and more details, click here.