Car Rentals in Merida – How to Reduce Your Car Rental Costs

“You lose sight of things and when you travel, everything balances out.” – Daranna Gidel

The magnificent city, Merida, in Venezuela is home to a myriad of spectacles unique to the area. The city is capital of the region known as Andes. What makes the city nothing short of a delight is the fact that it is beautiful tucked between mountain sierras. Giving the city a breathtaking backdrop of five snow covered peaks, the city looks like a work of a prodigy exhibited on the landscape’s canvas.

Merida has surfaced as a popular tourist destination in the last few years. While the city’s eccentric culture apparent in the colonial streets is reason enough to visit the area, it is the several marvels resplendent in their full majesty that transform a simple trip to the area into an absolute extravaganza.

Moving around in a foreign country is not new to any tourist. Exploration of the city necessitates the use of different modes of transport. If the public transportation is not a preference and if you believe that it fails to effectively address your mobility needs, car rentals are what you should go for.

Car rentals are a booming industry. Given the fact that now tourists want to explore the area at their own pace, it should not come as a surprise that Merida also has its fair share of car rentals.  While these rentals advertise themselves as an absolute convenience, they often come at a heavy price. Different excuses are given by car rental companies to justify the spiked rates but no matter what, car rentals should not leave a hole in one’s pocket.

Contrary to the adage, ‘quality does not come cheap’, there are some measures tourists can take to keep themselves from being ripped off of their hard-earned money. The steep sum of money that one ends up paying to car rentals is mainly due to its hidden charges. By identifying them, one can significantly reduce car rental costs.

You may not know but when car rental services offer the convenience of picking your car at the airport and you readily agree to it, you are charged for it. These charges often contribute to 10% of the total bill. Car rentals charge such a heavy amount as they have to pay concession fees and airport taxes. If a rental company is offering free shuttle service, use it instead of getting your vehicle dropped off at the airport. 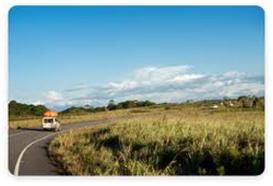 Gasoline charges may seem like a very good idea at first. You will be getting a car with a full tank and won’t have to refill it on return. Do you know most of the renters never use the whole tank? In any case, it will go in your favor to only pay for the gas you have consumed by filling your tank according to your needs.

With these tips, you can easily cut down on your car rental expenses. Last but not the least; remember car rentals impose penalties when rental policies are violated. Make sure you read the agreement thoroughly and then explore Venezuela at its glamorous best.